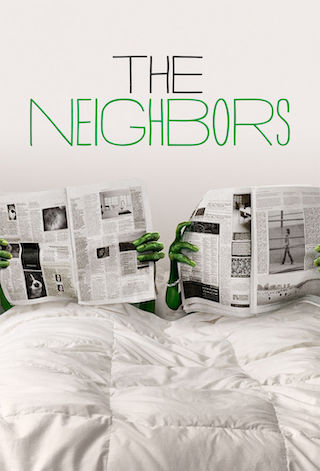 When Will The Neighbors Season 3 Premiere on ABC? Renewed or Canceled?

"The Neighbors" Status on ABC:

The Neighbors revolves around a family that has relocated to a gated townhouse community in New Jersey called "Hidden Hills". Upon their arrival, they discover that the entire community is populated by residents from another planet. Amongst their myriad quirks, these aliens identify themselves by the names of sports celebrities, patrol the community in golf carts, dress alike, receive nourishment through their eyes and mind ...

The Neighbors is a Scripted Comedy, Science-Fiction TV show on ABC, which was launched on September 26, 2012.

Previous Show: Will 'Defending Jacob' Return For A Season 2 on Apple TV+?

Next Show: When Will 'Vatanim Sensin' Season 3 on Kanal D?