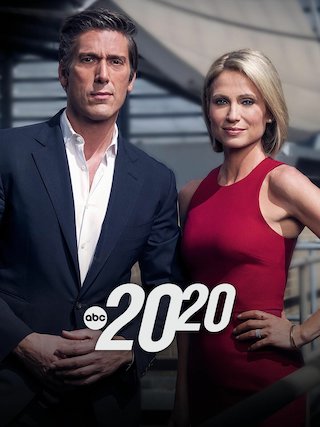 The ABC News primetime news magazine 20/20 has distinguished itself as one of the most esteemed programs in broadcast journalism. Celebrating its 36th anniversary this season, 20/20 continues to combine hard-hitting investigative reports, newsmaker interviews and compelling human interest and feature stories. The program is anchored by award-winning journalists Elizabeth Vargas and David Muir. For over three decades 20/20 has offered viewers reports and stories that have changes ...

Next Show: When Will 'Time' Season 2 on BBC iPlayer?