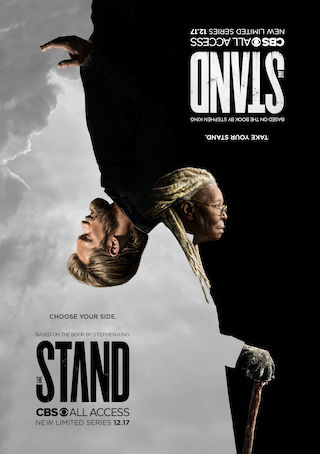 When Will The Stand Season 2 Premiere on Paramount+? Renewed or Canceled?

"The Stand" Status on Paramount+:

The Stand explores an apocalyptic world ravaged by a mass outbreak of Influenza that wipes out 99% of the population in a matter of weeks. The fate of mankind rests on the frail shoulders of the 108-year-old Mother Abagail and a handful of survivors. Their worst nightmares are embodied in a man with a lethal smile and unspeakable powers: Randall Flagg, the Dark Man.

The Stand is a Scripted Drama, Horror, Supernatural TV show on Paramount+, which was launched on December 17, 2020.

Previous Show: Will 'Top Gear' Return For A Season 34 on BBC One?

Next Show: When Will 'Highway Thru Hell' Season 12 on Discovery Channel?