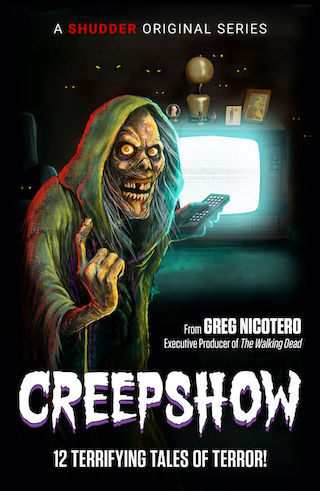 When Will Creepshow Season 4 Premiere on Shudder? Renewed or Canceled?

Creepshow, the anthology series based on the 1982 horror comedy classic, is still the most fun you'll ever have being scared! A comic book comes to life in a series of twelve vignettes over six episodes, exploring terrors from murder to the supernatural and unexplainable. Haunted dollhouses, werewolves, murderous goblins, villainous trick-or-treaters, the dead, and medical marvels are just a few of the ...

Creepshow is a Scripted Drama, Horror TV show on Shudder, which was launched on September 26, 2019.

Next Show: When Will 'Sadie Sparks' Season 2 on Disney Channel?