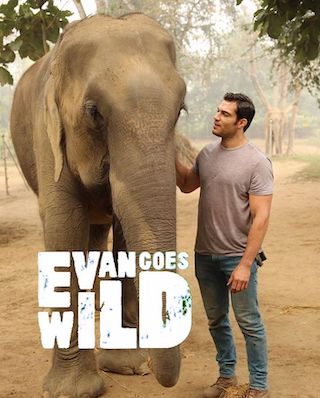 When Will Evan Goes Wild Season 2 Premiere on Animal Planet? Renewed or Canceled?

In his first television series, Dr. Evan Antin - voted the Sexiest Veterinarian Alive by PEOPLE magazine - takes Animal Planet's global audiences around the world as he chases his wildlife bucket list; swimming alongside humpback whales in Tahiti, exploring caves with bats and snakes in the Philippines and tangling with crocs in the Yucatan. Evan brings his passion and love for all wildlife ...

Evan Goes Wild is a Documentary Nature, Travel TV show on Animal Planet, which was launched on February 24, 2019.

Previous Show: Will 'Heart of Darkness' Return For A Season 2 on Investigation Discovery?

Next Show: When Will 'Mark of a Killer' Season 4 on Oxygen?