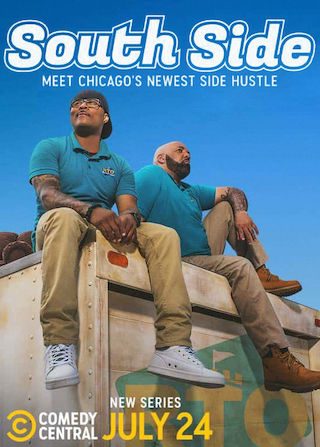 When Will South Side Season 3 Premiere on Comedy Central? Renewed or Canceled?

"South Side" Status on Comedy Central:

South Side is set in and around the working class neighborhood of Englewood on the South Side of Chicago. The show follows two friends who just graduated community college … so now they're ready to take over the world! But until they do they're stuck at Rent-T-Own, a retail-rental crossroads where the South Side's vast ensemble of characters come together. Despite the obstacles ...

South Side is a Scripted Comedy TV show on Comedy Central, which was launched on July 24, 2019.

Previous Show: Will 'Tacoma FD' Return For A Season 4 on truTV?

Next Show: When Will 'Sunday Best' Season 11 on BET?