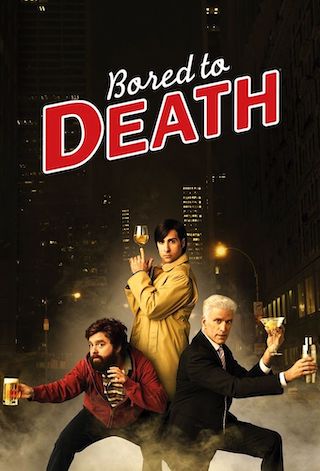 When Will Bored to Death Season 4 Premiere on HBO? Renewed or Canceled?

"Bored to Death" Status on HBO:

Jonathan Ames continues to ply his trade as an unlicensed private detective, getting caught up in increasingly risky jobs and absurd adventures around New York City with George and Ray, his always supportive partners in solving crime. In addition, a shocking revelation drives him to embark on one of his most important cases yet, the quest to find his biological father. As if that ...

Bored to Death is a Scripted Comedy, Crime TV show on HBO, which was launched on September 20, 2009.

Previous Show: Will 'In Treatment' Return For A Season 5 on HBO?

Next Show: When Will 'The Corner' Season 2 on HBO?