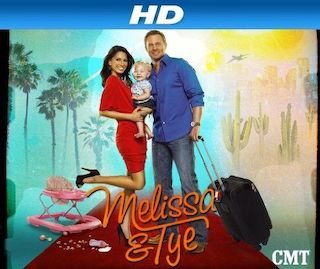 When Will Melissa & Tye Season 2 Premiere on CMT? Renewed or Canceled?

There are few things worse than being dumped on national television, but former Dallas Cowboys Cheerleader Melissa Rycroft has definitely succeeded in turning heartbreak into redemption. After becoming a hugely popular contestant on Dancing with the Stars, Melissa ignited a major television hosting career and reconnected with the real man of her dreams, hometown boyfriend Tye Strickland. Now married with a young daughter, Melissa ...

Previous Show: Will 'Jennie Garth: A Little Bit Country' Return For A Season 2 on CMT?

Next Show: When Will 'Raiders of Rock' Season 2 on CMT?