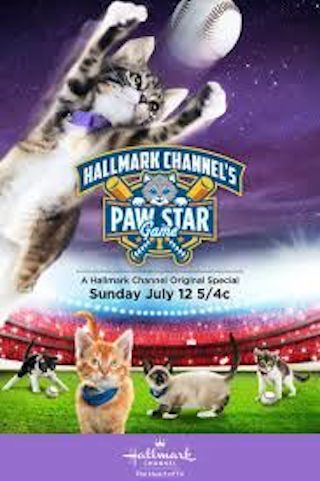 Get ready for America's newest tradition as the kittens of summer go up to bat in the biggest baseball game of the year! Hallmark Channel opens its stadium doors for Paw Star Game, premiering on Sunday, July 12 at 5/4c for the nation's most adorable, adoptable and agile CATletes to pounce on to the diamond! Beth Stern, TV personality, author and North Shore ...

Paw Star Game is a Sports TV show on Hallmark Channel, which was launched on July 12, 2015.

Next Show: When Will 'Meow Madness' Season 2 on Hallmark Channel?