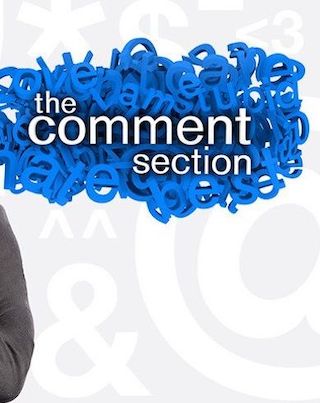 When Will The Comment Section Season 2 Premiere on E!? Renewed or Canceled?

This new half-hour comedy series explores the biggest stories of the week and all of the outrageous and hilarious comments made about them on social media. Hosted by comedian Michael Kosta and executive produced by "The Soup's" Joel McHale and K.P. Anderson, The Comment Section will boldly dive into the most dangerous corners of the internet, take out the haters, anoint ...

The Comment Section is a Variety Comedy TV show on E!, which was launched on August 7, 2015.

Previous Show: Will 'Hollywood Cycle' Return For A Season 2 on E!?