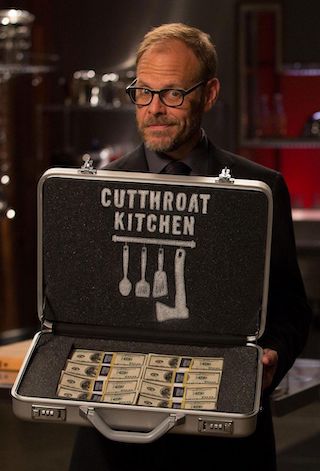 When Will Cutthroat Kitchen Season 16 Premiere on Food Network? Renewed or Canceled?

Just how far is a chef willing to go to win a cooking competition? Cutthroat Kitchen hands four chefs each $25,000 and the opportunity to spend that money on helping themselves or sabotaging their competitors. Ingredients will be thieved, utensils destroyed and valuable time on the clock lost when the chefs compete to cook delicious dishes while also having to outplot the competition. ...

Cutthroat Kitchen is a Reality Food TV show on Food Network, which was launched on August 11, 2013.

Previous Show: Will 'Holiday Gingerbread Showdown' Return For A Season 3 on Food Network?

Next Show: When Will 'Giada's Holiday Handbook' Season 6 on Food Network?