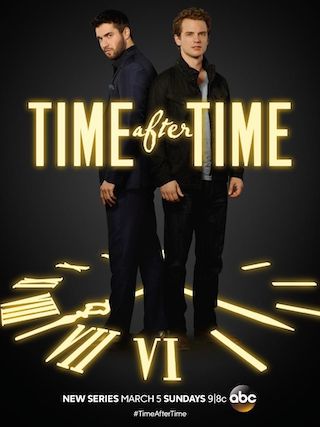 When Will Time After Time Season 2 Premiere on ABC? Renewed or Canceled?

"Time After Time" Status on ABC:

Travel through centuries, decades and days with a young H.G. Wells in the time machine he created. Using creative elements from many of Wells's classic stories, Time After Time creates a fantasy world surrounding the events that inspired these great literary works. We look at the world of today through the eyes of yesterday while fully charged with danger and centered ...

Time After Time is a Scripted Drama, Adventure, Science-Fiction TV show on ABC, which was launched on March 5, 2017.

Previous Show: Will 'Dr. Ken' Return For A Season 3 on ABC?

Next Show: When Will 'Secrets and Lies' Season 3 on ABC?