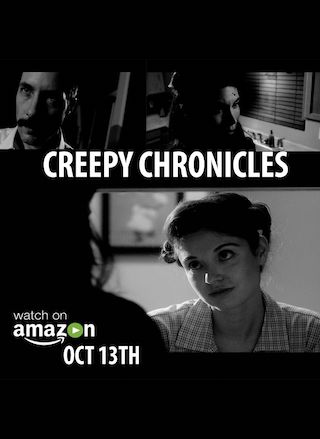 When Will Creepy Chronicles Season 2 Premiere on Amazon Prime? Renewed or Canceled?

Supernatural events, pod people, mind games, murder, torture, screams and no escape. That's exactly how to describe season one of Creepy Chronicles. This throwback series, featuring full black and white episodes, and full color episodes, will shock you. It will leave you feeling creeped out. Starring several up and coming actors and actresses, this series is brought to you by Nandar Pictures.

Creepy Chronicles is a Scripted Drama, Horror, Science-Fiction TV show on Amazon Prime, which was launched on October 13, 2017.

Previous Show: Will 'Heroes of Aviation' Return For A Season 2 on Amazon Prime?

Next Show: When Will 'America's Serial Killers: Portraits in Evil' Season 2 on Amazon Prime?