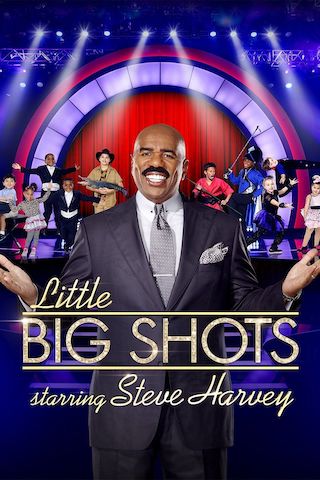 When Will Little Big Shots Season 5 Premiere on NBC? Renewed or Canceled?

Two of the biggest names in comedy, Ellen DeGeneres and Steve Harvey, have teamed up to showcase some of the smallest talent in Little Big Shots, a new comedy/variety series for NBC featuring the world's most talented and extraordinary kids. The network has ordered eight hour-long episodes of the show, hosted by Harvey, from Warner Horizon Television. In Little Big ...

Little Big Shots is a Variety Comedy, Children, Family TV show on NBC, which was launched on March 8, 2016.

Previous Show: Will 'Ridiculousness' Return For A Season 25 on MTV?

Next Show: When Will 'Goblin Slayer' Season 2 on AT-X?