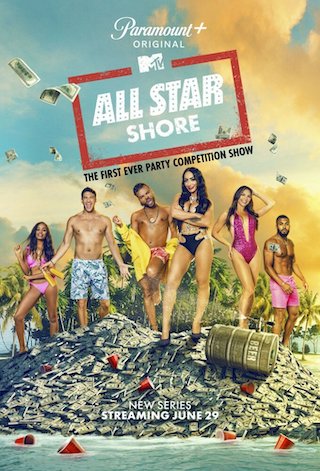 When Will All Star Shore Season 2 Premiere on Paramount+? Renewed or Canceled?

"All Star Shore" Status on Paramount+:

From MTV Entertainment Studios, the original series features 14 of the world's biggest reality superstars from some of television's most iconic series - "Jersey Shore," "Love Is Blind," "RuPaul's Drag Race," "Geordie Shore," "Acapulco Shore," "Rio Shore," and "Bachelor in Paradise" - as they come together for an epic vacation at the ultimate shore house in the Canary Islands, to battle it out for a cash ...

All Star Shore is a Reality TV show on Paramount+, which was launched on June 29, 2022.

Previous Show: Will 'Asylum' Return For A Season 2 on BBC Four?