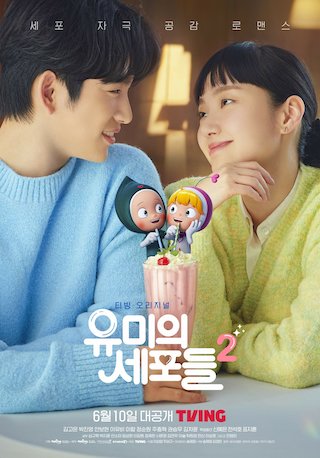 When Will Yumi's Cells Season 3 Premiere on TVING? Renewed or Canceled?

Yumi is an ordinary single working woman. She is not good at expressing her feelings. Through her romantic relationship and work, she grows as a person and finds happiness in her daily life. Yumi has cells in her brain that represent different emotions like love, violence, rationality, good, and bad. These tiny cells in her brain work actively for her. They deal with her emotions ...

Yumi's Cells is a Scripted Comedy, Romance TV show on TVING, which was launched on September 17, 2021.

Previous Show: Will 'Nevertheless,' Return For A Season 2 on jTBC?

Next Show: When Will 'Sneakerhead' Season 2 on UKTV Play?