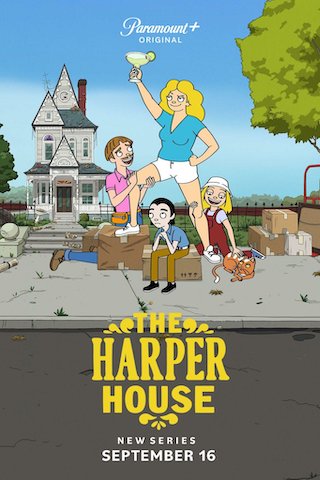 When Will The Harper House Season 1 Premiere on Paramount+? Renewed or Canceled?

"The Harper House" Status on Paramount+:

The Harper House follows an overconfident female head-of-a-household as she struggles to regain a higher status for herself, and for her family of oddballs, after losing her job and moving from the rich side to the poor side of an Arkansas small town. To save money, they've moved into their inherited Victorian fixer upper, the historic Harper House.

The Harper House is a Animation Comedy TV show on Paramount+, which was launched on September 16, 2021.

Previous Show: Will 'Playmate Playback' Return For A Season 1 on Playboy TV?

Next Show: When Will 'Skeleton Knight in Another World' Season 2 on Tokyo MX?